Francis Mallmann
Teaches his Argentine Cuisine
Explore the class
Chimichurri is Argentina’s most famous sauce and an indispensable condiment on grilled meats at an asado, the Spanish word for barbecue that’s a popular pastime in that country. But as beautifully as the word chimichurri rolls off the tongue, it tastes even better. Especially when it’s an authentic chimichurri sauce recipe created by the great chef Francis Mallmann, the master of open-fire cooking, who teaches how to make chimichurri sauce with a perfectly-cooked chimichurri steak. In this article you’ll also learn important details about making chimichurri so you can wow your dinner guests – and bring the wilds of Argentina into your home kitchen.
Francis Mallmann
Teaches his Argentine Cuisine
Explore the class What is Chimichurri Sauce?

You’ve almost certainly heard of chimichurri sauce…but what’s chimichurri, exactly? Chimichurri is a strong, savory Argentine sauce served with grilled meats and containing a blend of dried or fresh herbs and spices (such as finely chopped raw garlic, curly or flat leaf parsley, crushed red pepper flakes, oregano, and / or cilantro); an oil (typically extra-virgin olive oil); and a tangy acid (typically vinegar, like red wine vinegar or white wine vinegar) to help balance out the rich flavor of meat. Chimichurri can be compared to salsa verde and – much like Mexican salsas – it comes in varieties like green chimichurri and red chimichurri.

A (Very) Brief History of Chimichurri

There are many competing legends about the origins of chimichurri sauce. According to one claim, during the unsuccessful early-19th century British invasion of Rio de la Plata, a waterway separating modern day Argentina from Uruguay, captured British soldiers wanting condiments said, “Give me the curry,” which the Argentines heard as “chimichurri.” According to yet another tale, Jimmy McCurry, an Irish immigrant in 19th century Argentina, was so homesick for Worcestershire sauce – a United Kingdom condiment featuring garlic and vinegar among other ingredients – that he invented a similar sauce with local ingredients. Eventually, as the legend goes, this new “Jimmy McCurry” sauce somehow morphed, given the Argentine accent, into the name “chimichurri.” Whatever the truth behind those interesting stories, chimichurri origins in Argentina began with when the gauchos (Argentine cowboys) cooked their meat over open fires. As Francis tells it, these gruff gauchos of old, who ate meat and little else, would keep bottles of chimichurri sauce handy in the saddles of their horses. Today, chimichurri is unquestionably Argentina’s “national sauce for meat,” in Francis’ words. What Is Chimichurri Made Of?

How should you use a chimichurri recipe? There are tons of ways. Use it as a marinade for grilled meats or barbecue chicken. Or as a versatile sauce to be spread onto a choripán (a sausage sandwich), fish, grilled vegetables, or even toast. You can even get creative and add an original herby flavor to fresh homemade hummus.In Argentina, spicy foods are not common. And Argentines often mistake the word “spice” (heat) with spices and herbs. And so despite the fact that most chimichurri sauces there use ají molido, a non-spicy ground red pepper, some Argentines nonetheless refer to chimichurri as picante, or spicy. Also in Argentina, a bright green sauce called salsa provenzal, a garlic and parsley blend, is often mistaken for chimichurri even though the two condiments are different. Want to learn how to make chimichurri? The salmuera, or the steaming bowl of water which Francis uses as the basis for his chimichurri sauce, must contain just the right amount of sea salt. Francis’ advice: If the salt doesn’t completely disappear into the water, you’ve used too much salt. Francis suggests cutting the parsley by pressing it up against your fingers and chopping it in pieces that aren’t too small but that also aren’t big enough to stand out in the chimichurri. Francis smashes his garlic cloves with a giant axe-like knife. Using a food processor to blend the chimichurri sauce can help improve the texture of the sauce, but it’s not necessary. Instead, to make chimichurri, all the ingredients can be added into a medium bowl.

“I like it spicy,” Francis says of his chimichurri recipe. But, he adds: “It doesn’t have to be overwhelming. You still want to taste the delicious taste of the meat.” He accomplishes this balance with a blend of bay leaves, fresh oregano, garlic, chili flakes, chopped parsley, and “generous” amounts of olive oil and red wine vinegar. How Long Does Chimichurri Last?

“Chimichurri lives well in a bottle of glass, up to 10 days, in the fridge,” Francis says, adding that with time, “it even improves a bit.” It can be left out at room temperature for about a day. 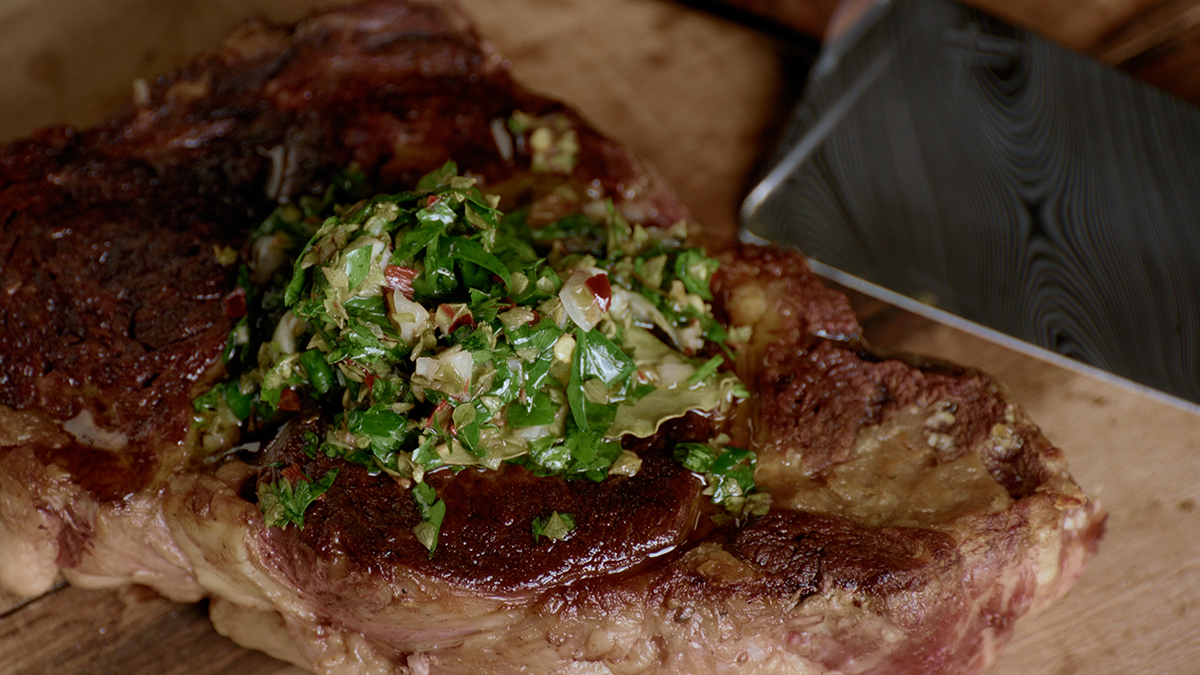 Francis Mallmann, the pioneer of open-fire cooking, is South America’s most famous chef and is known for his rustic open-fire cooking style in wild and remote locations. Join the James Beard award-winning author and Chef’s Table star as he brings you on a journey into his kitchen in the Patagonian wild where he teaches you how to master the grill and his Argentine-style barbecue.
Explore the class What is Hummus? The Best Hummus Recipe 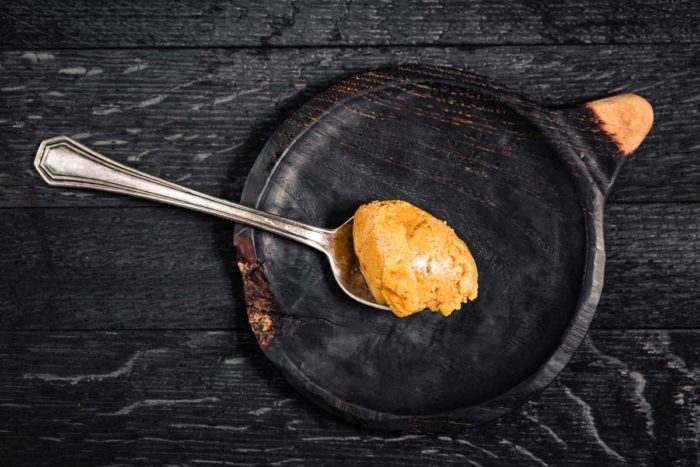 How Many Tablespoons in a Cup – A List of Measurement Conversions How To Cook Basmati Rice

The Difference Between Stocks And Broths

What’s the Difference Between Baking Soda and Baking Powder?

How to Make the Best Homemade Pasta